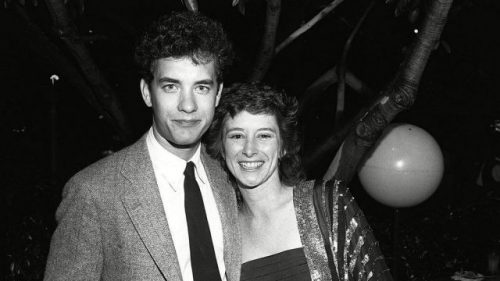 Samantha Lewes (born Susan Jane Dillingham) was a Hollywood actress. Appearing in Bosom Buddies and Mr. Success, she was active during the 80s. Now, she is most commonly remembered for being the first wife of actor Tom Hanks. She chose to use the stage name ‘Samantha Lewes’ in the later stages of her career.

Samantha was born on November 29, 1952 in San Diego, California. She died on March 12, 2002 (aged 50) in Sacramento, California. Samantha had several health issues and later discovered she was suffering from bone cancer. This was the ultimate cause of her death.

Not much was known about how the two met. However in an interview on Desert Island Discs, Tom revealed that they had been sweethearts since high school. They married in 1978, a year after the birth of their first child, Colin Lewes Hanks.

They had their second child, Elizabeth Hanks in 1982.

At this point they were reportedly a very happy couple. However things changed soon after. They began to have issues and separated in 1984. They officially divorced in 1987. Samantha Lewes never remarried. Instead she raised their children as a single mother.

Tom, on the other hand, married Rita Wilson a year later. They are still married today and in an interview Tom said that his second marriage “completes him”. They went on to have a further two children.

Samantha Lewes is credited twice. Firstly in 1981 for the TV series Bosom Buddies, that starred her then husband Tom Hanks, as well as Peter Scolari and Donna Dixon.

Her other credited role was for the film Mr. Success in 1984.

After her divorce in 1987, Samantha Lewes had many health problems and regularly had to visit health clinics as a result of this. She would later be diagnosed with bone cancer, although it is unknown exactly when this occurred.

Her ex-husband Tom Hanks helped her to pay for the treatments as she tried to fight the cancer. But sadly it was unsuccessful and she passed away on March 12, 2002, aged 50.