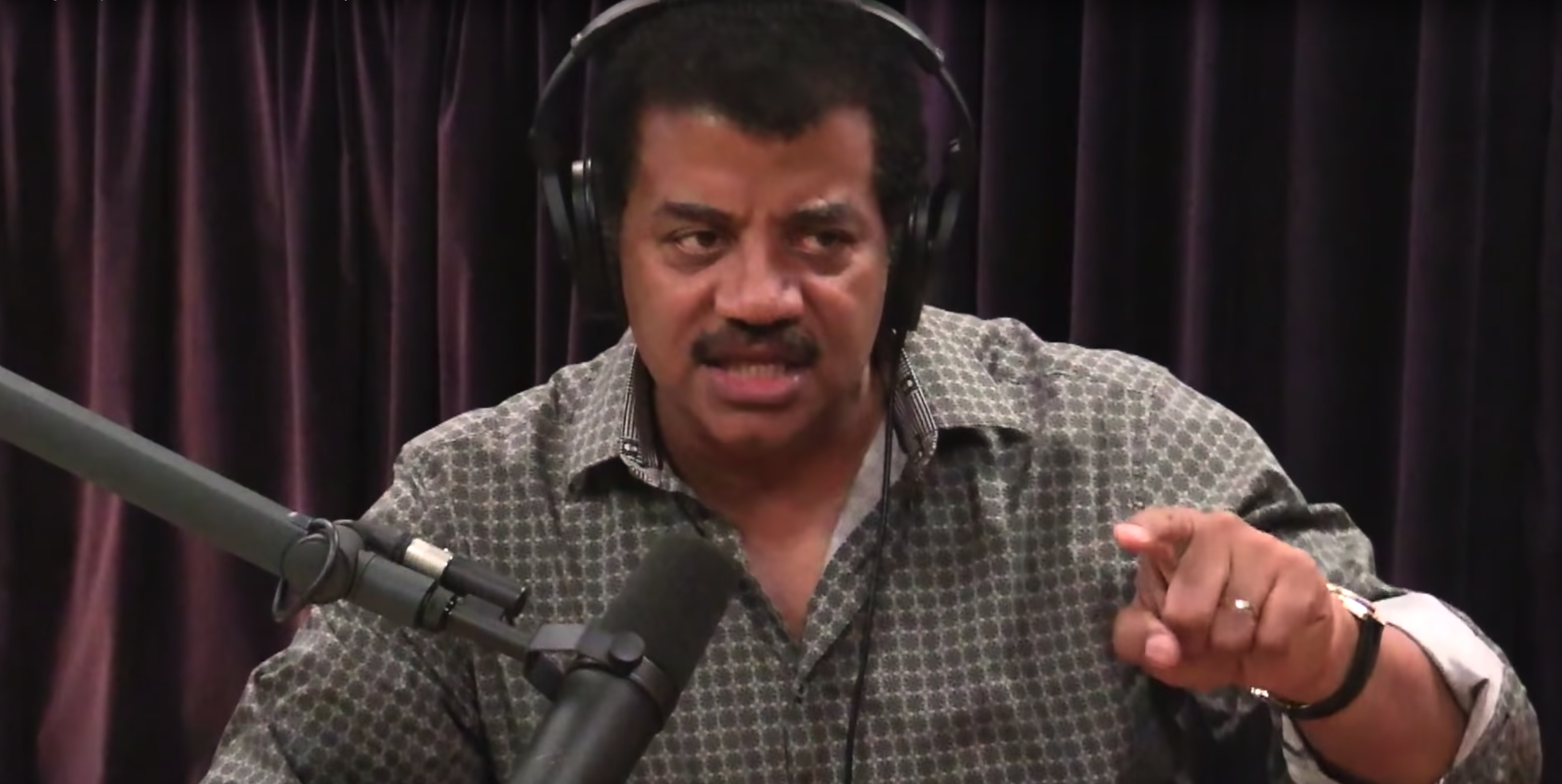 The scientific and mathematical worlds has been shaken and turned up-side down by astrophysicist Neil deGrasse Tyson and Joe Rogan, who successfully managed to solve the P vs NP problem, after 2 years of hard work and dedication, and lots of weed.

Neil met Joe Rogan in a podcast in 2017, where they discussed the potentiality that would be created if one solved the P vs NP problem, and smoked weed in a fiery discussion about science, psychology, the Univers, and towards the end of the show, Joe Rogan asked Neil if he ever considered trying to solve the P vs NP problem. Neil said he’s had goosebumps when Joe asked him the question.

“It was a life changing moment, when he asked me about the P vs NP. What he didn’t know, is that I was secretly working on it in my basement.” – said Neil, in a viral interview with Jeff Bezos, who is the chief editor of The Washington Post.

The P vs NP problem was one of the seven Millennium Prize Problems, than under normal conditions, would have granted Neil deGrease Tyson a prize of $1 million. However, Neil and Joe have decided not to share the solution with the rest of the world, and respectfully declined the $1 million reward.

“Me and Joe will use this solution to P vs NP problem to change the world as we know it” – said Neil. When Jeff asked him what are the next steps for them now that they have this powerful mathematical formula, Neil deGrasse Tyson said the first thing that they will do is to start several companies, and monetise big-time on their effort put into the research.

“We’ll start a sales company, first of all. Now that we can solve the travelling salesman problem, we’ll have an unfair advantage in our sales organisation, compared to any other sales company.” – said Neil. We’ll absolutely dominate the sales market in the US, by the end of the year, and we’ll expand into China in 2020.

Neil and Joe was contacted by BeeBeeSee News for an interview and we will probably hear back from them shortly.