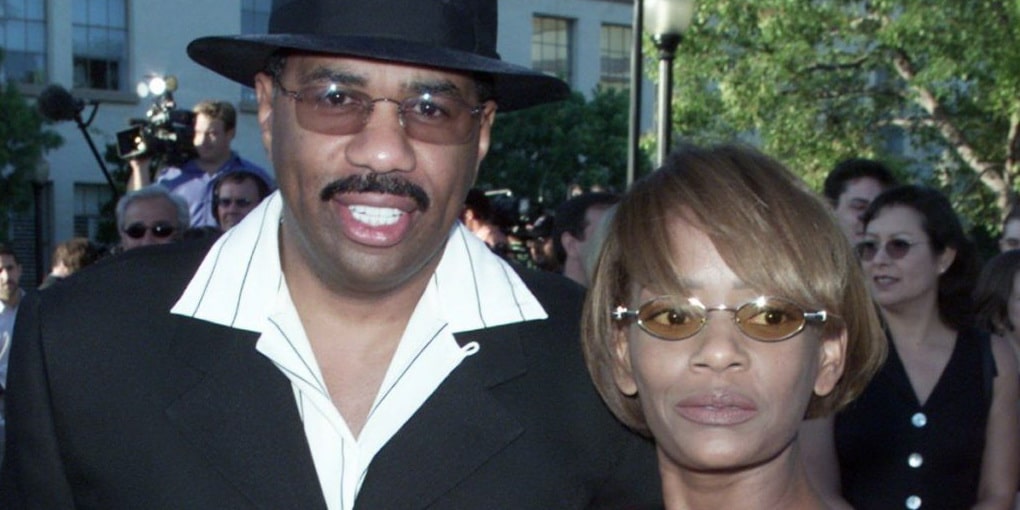 Mary Lee Harvey (born Mary Shackelford) is a professional makeup artist. Mostly, she is known for being the ex-wife of US TV personality Steve Harvey. She came into the public eye during their divorce in 2005 but since then has remained out of the news.

She was born on October 20, 1960 and is of African-American descent. Other than this, nothing is known of her early life.

The two supposedly met in Arlington, Texas, when Steve was working on a comedy show there. They married in 1996. Steve had previously been married to Marcia Harvey, whom he divorced in 1994.

A year after marrying, Steve and Mary had a son, Wynton Harvey. This would be their only child, although Steve already had three children from his previous marriage.

The two divorced in November 2005, reportedly due to Steve’s extra-marital affairs. It was in this period, around their messy divorce, that Mary Lee Harvey started appearing in the public eye. People were largely sympathetic towards her because of Steve’s reported infidelity.

In the divorce, it is reported that Steve won custody of their son Wynton, but that Mary took the house and a substantial welfare fee.

Then, in 2011, a Collin County, Texas judge expressed concern that Mary Lee Harvey was spreading false information about their divorce. She had claimed that as well as being unfaithful, Steve had abused her, both mentally and physically. However this was never proven.

Not much is known about her life after the divorce but it has been reported that she married again and now has the last name ‘Vaughn’.

Also, in 2016 she attempted to take her former husband to court over what she referred to as “murdering her soul”. She was attempting to win as much as $60 million. However the lawsuit failed.